Are you guys excited?

The Spartan Poker is back again to host the India Online Poker Championship (IOPC), which will be held across 10 days between 12th and 21st January 2018 - the first IOPC of the new year. Everyone’s favourite online poker festival, IOPC, was last held in July 2017 where prizes of INR 2.3+ crore was guaranteed in prize pools, but total prizes worth INR 3.3 crore were given out.

With the success of past IOPC campaigns, the tournament is back again, this time with bigger and better prizes, and a whopping GTD (guaranteed prize pool) of INR 6+ crore. We have many surprises and more cash prizes to be won. 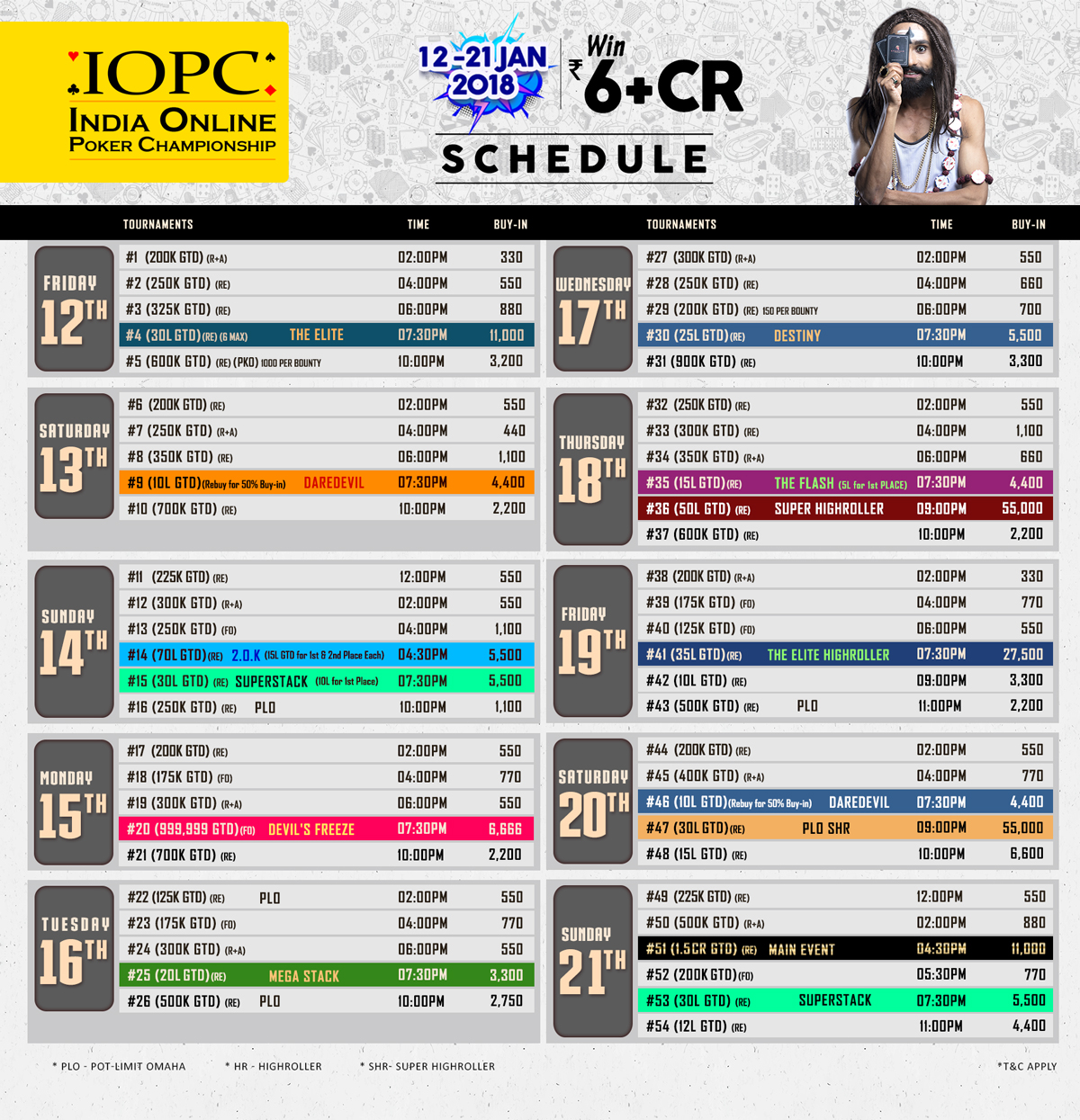 The series will feature a total of 54 tournaments of different formats of the game, variants, buy-ins and guaranteed winnings.

The championship will have featured tournaments over the course of 10 days and also other  high value tournaments including INR 50 lakh GTD Super HighRoller on Thursday, 18th January with a buy-in of 55,000 and this time we will also have Pot-Limit Omaha Super HighRoller guaranteeing INR 30 lakh GTD with a buy-in of INR 55,000 on 20th January at 9:00 pm.

The chief attraction of the series will be the Main Event, scheduled for the last day of IOPC, and boasting of a GTD of INR 1.5 crore! The tournament will begin at 16:30 on 21st January and has a buy-in of 11,000.

Another very exciting element of this edition of the IOPC will be its leaderboard prize – a brand new Jeep Compass! All players finishing in the money in IOPC tournaments from the above schedule will be assigned a certain number of points depending on the buy-in, field size and finishing position. These points accumulate on the IOPC leaderboard, where winners will get a share of the prize pool worth INR 27 Lakhs, including a Jeep Compass to the leaderboard 1st place. 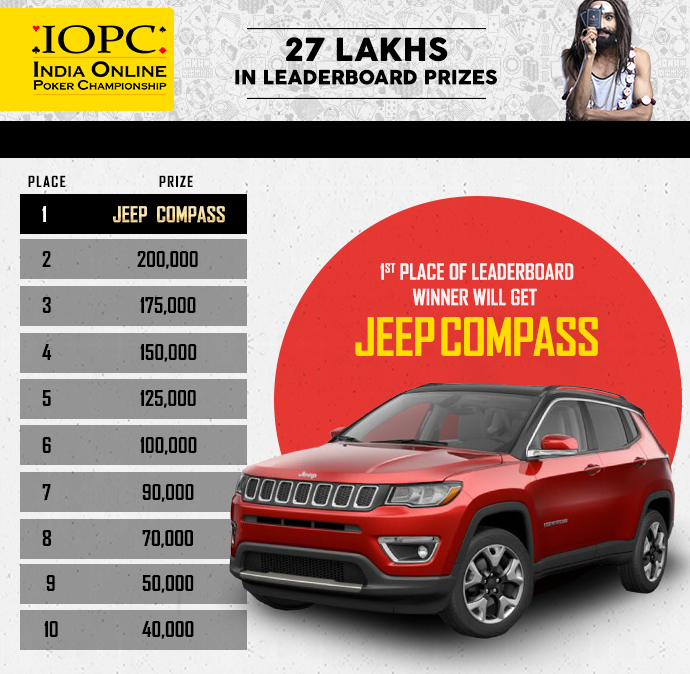 So what are you waiting for? Join the India Online Poker Championship on The Spartan Poker now!

1) All events in the IOPC do not count towards points on the monthly tournament leaderboard.

2) In case of any disputes, The Spartan Poker's decision is final and binding

3) All the IOPC winners will give their name, picture and interview (if required) to media